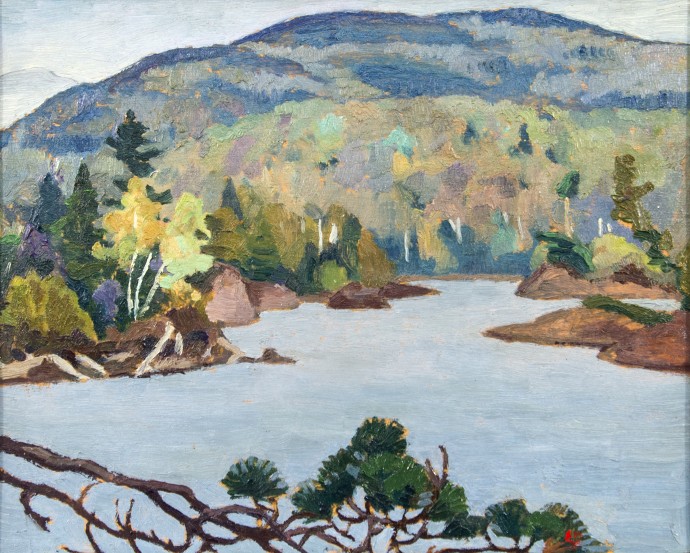 A member of the famed Group of Seven, Edwin Holgate is considered to be a key figure in the development of modern art in Canada. A draftsman, portrait, landscape, and figure painter, he was also a printmaker, book illustrator, a muralist, war artist and educator.

‘Great Bug Pond’ is a classic rendering of the beauty of the Canadian wilderness—the Laurentian Mountains in Quebec. The oil, painted in 1937 is a somewhat impressionistic view of a lake framed by mountains in the distance, a rocky shoreline, and lush forests. The colour palette is modern--soft and rich—pale blue waters, dark green foliage, mixed with deeper blues, greens, yellow, purple, and turquoise. It’s a serene landscape.

"It didn't matter what a thing looked like or was to be, the basic structure was what was most important . . . It's more than composition." Edwin Holgate

Born in Allandale, Ontario in 1892, Edwin Holgate began his art education at age 9 studying with the Art Association of Montreal under A.Y. Jackson’s teacher, William Brymner. In the 1920’s, he became part of a group of young artists dubbed The Beaver Hall Group after the location of their studio. Post WW1, Holgate studied figure painting in France, and taught wood engraving at the Ecole des Beaux-Arts in Montreal. Best known for his work as a graphic artist, (he founded the Canadian Society of Graphic Artists) Holgate was asked to join the famed Group of Seven in 1930. He’d established a reputation as a fine landscape and portrait painter. In his later years, Holgate returned to the Art Association of Montreal to teach. His work is held in both public (the National Gallery of Canada) and private collections. 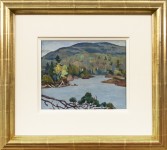 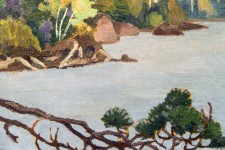 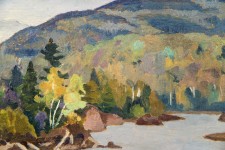 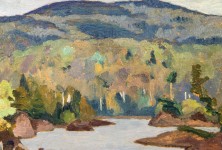 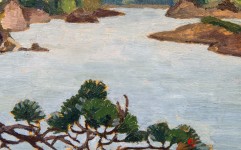