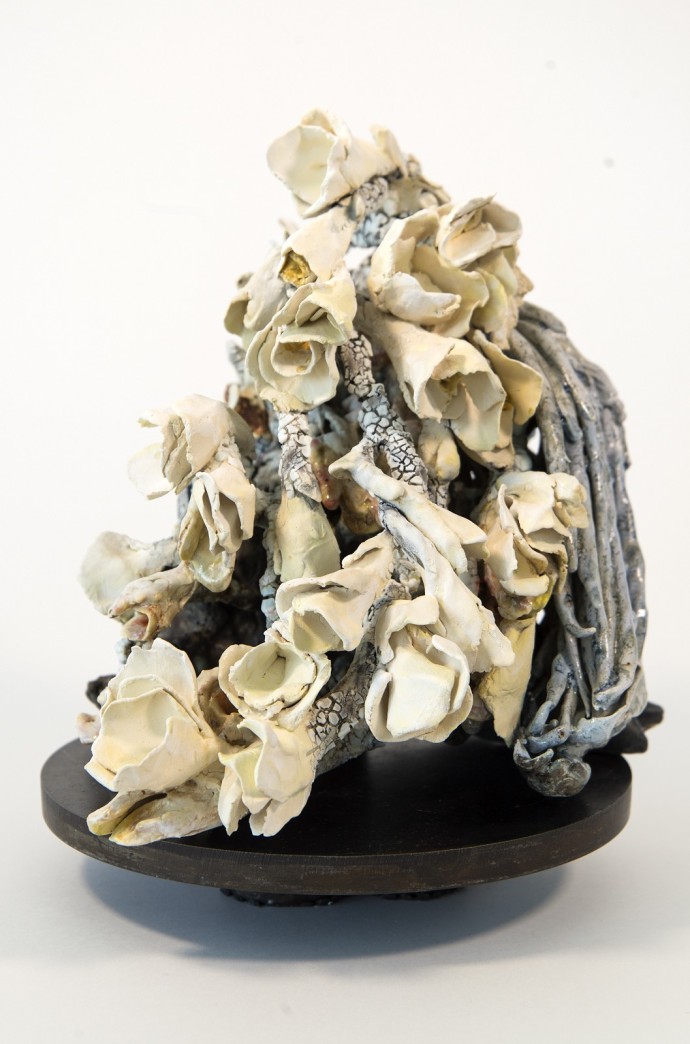 Exquisitely detailed, this earthenware paper clay sculpture is part of a new series by Canadian artist, Susan Collett. The work is richly textured in subtle hues of blue, creamy white and black. Collett’s ‘Laden’ series is designed to explore the tension between order and chaos. (In Greek mythology, the word ‘elysium’ refers to the afterlife as a place where pure and heroic souls are sent by the gods.)“The uprooted clusters, clay and nichrome wire draw the delicacy of tributaries, root and branch formations that I am drawn to. Palisade & Elysium culminate in blooms, a notion of light coming out of darkness; analogous to life being cumulative, inevitably changing, never quite finished, unable to be ordered or tidied, messy and chaotic but not without beauty. These petrified scenics are contemplations on life’s cycle of renewal.” Susan CollettA graduate from the Cleveland Institute of Art, Ohio U.S.A., Susan Collett earned a BFA degree in Printmaking with a minor in Ceramics. Since 1993 she has run a full-time studio art practice in downtown Toronto. Collett’s work has been included in the collection of the Kasturbhai Lalbhai Museum, India, The Montreal Museum of Fine Arts, Canada House, Trafalgar Square, UK., Aimia in Toronto & Montreal, The Gardiner Museum of Ceramic Art & The Canadian Clay & Glass Gallery. Susan Collett received her letters from the IAC, International Academy of Ceramics in 2007 and her RCA, Royal Canadian Academy of Ceramics in 2008. She has been a member of the Open Studio printmaking studio for more than 30 years. 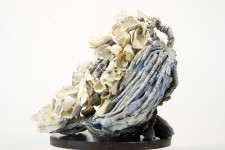 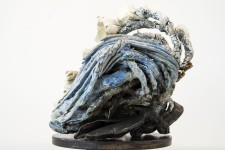 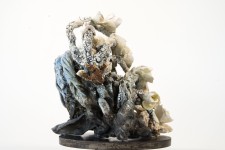 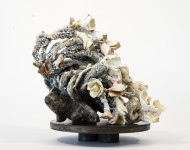