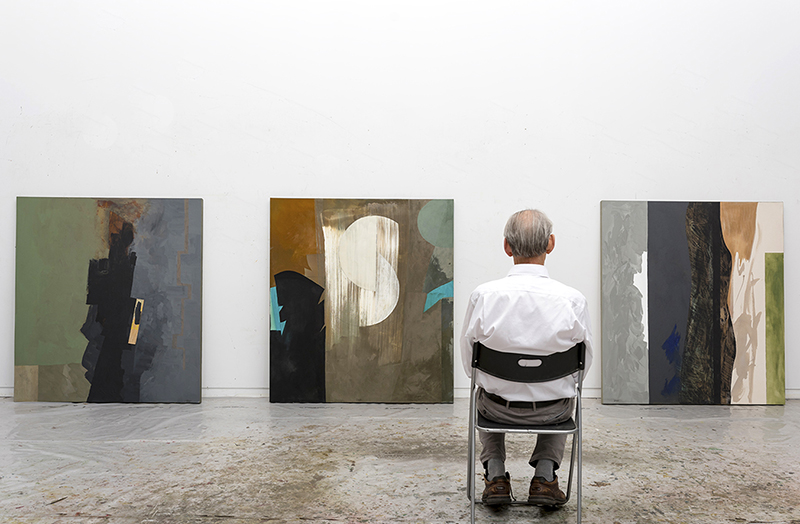 This exhibition features works that were completed in his last years, not previously exhibited. Together, they give us the opportunity to consider Otto's contemplative journey toward the end of a long and influential career. Otto Donald Rogers (1935-2019) taught at the University of Saskatchewan (1959-1988) after receiving his MA in Fine Art from the University of Wisconsin. Rogers helped sustain the Emma Lake Workshops, a meeting place for some of North America's leading artists including Barnett Newman, Jules Olitski and Rogers himself. For the last two decades of his life, he maintained an active studio practice in Prince Edward County. Rogers' work is held in more than 30 public collections including: the Art Gallery of Ontario, the National Gallery of Canada, and the Museum of Fine Arts in Boston. He has been represented by the Oeno Gallery since 2006.

"There are few artists, very few, whose work has about it a kind of magic; they sing their own song. Otto Rogers is one of these special few. I love what he does." ~ Sir Anthony Caro