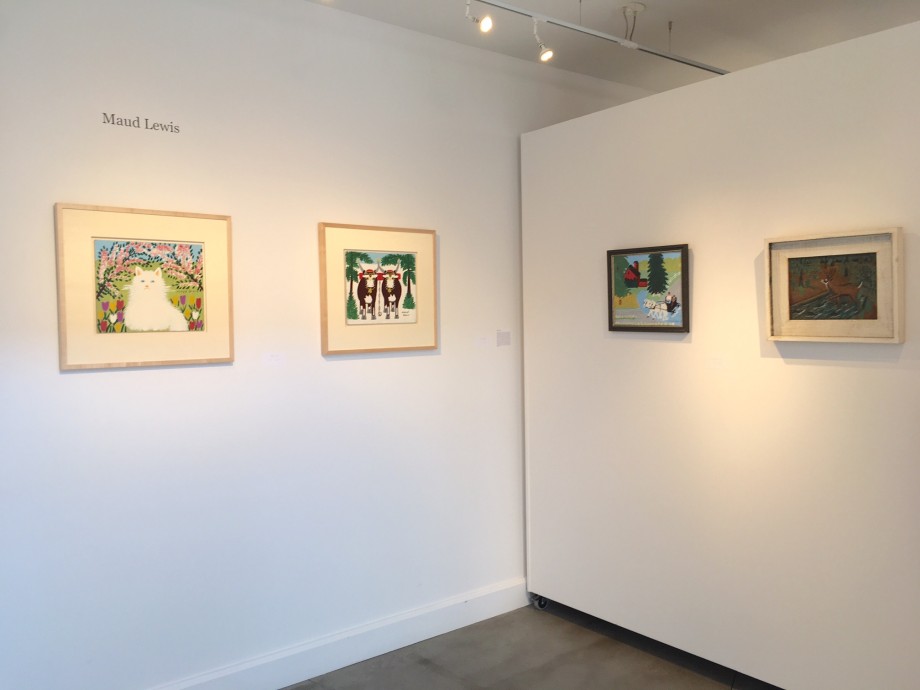 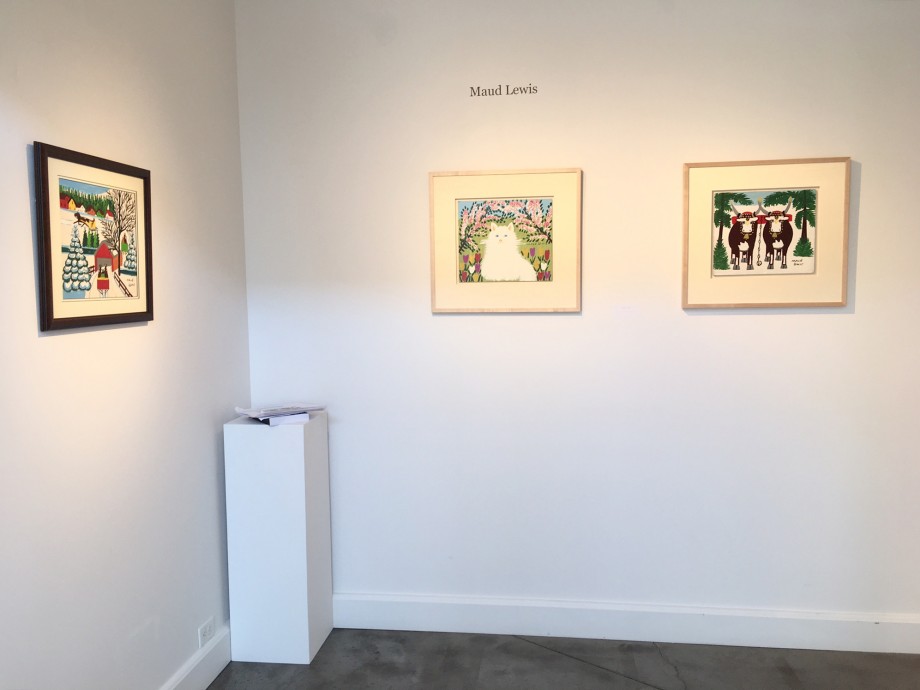 Oeno Gallery is pleased to present an intimate exhibition of paintings by the much loved folk artist, Maud Lewis (1903-1970). This exhibition is ongoing.

Maud Lewis, born as Maud Dowley in rural South Ohio, Nova Scotia in 1903, spent most of her life in poverty and constant physical pain. Maud was afflicted by juvenile arthritis that left her body and hands deformed. In 1938, Maud married Everett Lewis, a fish peddler, and spent the next three decades painting in their one room home in the village of Marshalltown. Maud was a prolific painter of Christmas cards and small works on wood panels and boards using house and boat paint, materials at hand. These she sold from her home or to her husband's customers as he sold fish door to door. Referred to as folk art, Maud's paintings are irrepressibly joyful and depict her surroundings with humor and affection. Maud gained celebrity following a 1965 CBC documentary and a feature in the Toronto Star about her life. This led to a commission for two paintings from Richard Nixon, the American President, for which Maud asked to be paid in advance. In her lifetime, she likely never earned more than $15 for a painting.

Maud's artwork is collected by the Art Gallery of Nova Scotia, which has reconstructed and installed her tiny house in the gallery as part of a permanent Maud Lewis exhibit. Her work can also be found in the Canadian Museum of Civilization. She is the subject of two biographies, The Illuminated Life of Maud Lewis and Maud Lewis, The Heart on the Door, as well as a stage play. Two documentaries about Maud have been produced by the National Film Board of Canada. In 2016, a biopic entitled Maudie was released starring Sally Hawkins and Ethan Hawke.