FUNDRAISING AUCTION: Artists in Support of Refugees from Ukraine 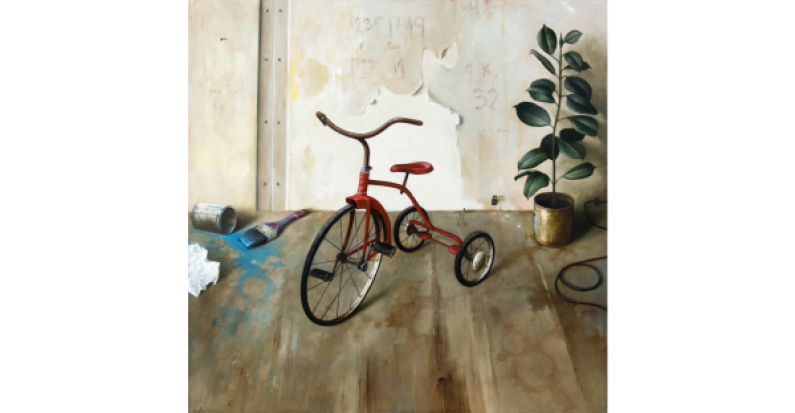 Artsy & the Ukrainian Institute of Modern Art present Impact: Artists in Support of Refugees from Ukraine, an emergency benefit auction to support relief for refugees fleeing Ukraine. Artsy is donating a portion of the Buyer’s Premium to USA for UNHCR, which provides aid to people affected by the war in Ukraine and gives support to displaced families.

From Oeno Gallery, Dmitry Yuzefovich's Red Tricycle, 2020 is featured as Lot 70 in this auction hosted by Artsy. 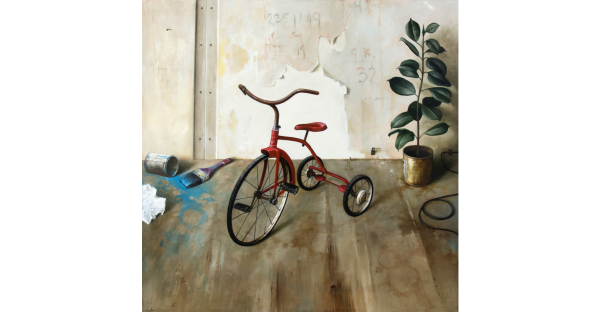 Born in 1974 in Kyiv, Ukraine. He lived and studied in Israel. Yuzefovich attened the Bezalel, Academy of Art and Design in Jerusalem, Israel where he received a BFA in 2000 and an MFA in 2005. He moved to Canada with his family in 2015. All of Dmitry's work is a representation of memory. It often imagines the environment in which he lived in the past or tries to capture the memory of life in it. Dmitry creates visualizations of spaces and objects in which they combine to form a puzzle of personal and universal memories. In his oil paintings, a language is created based on the connection between memory fragments and the possibility of their implementation in the present. Yuzefovich has exhibited in solo and group exhibitions. His paintings have been collected in Israel, Canada, the US, England, and Europe. 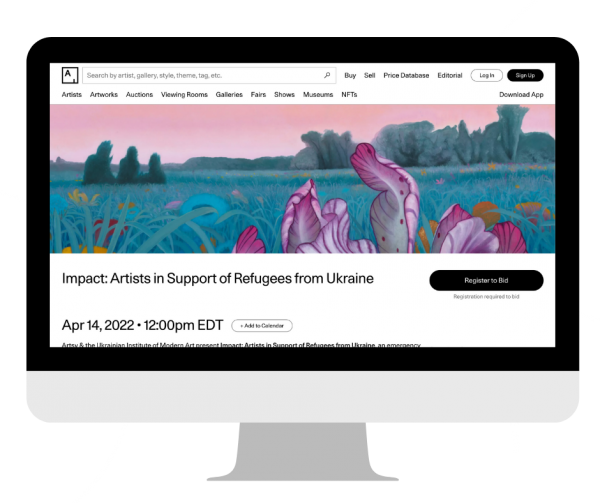 Featuring generous submissions from Ukrainian and non-Ukrainian artists alike, this auction highlights the impact and talent of contemporary Ukrainian artists. The representation of Ukrainian artists in this sale raises cultural awareness and stands as artistic preservation by placing artworks in the hands of protected collectors and funding Ukrainian artists to keep creating - an act that is now about survival and political defiance.

A segment of the works are hand-selected by the curators, Katrina Majkut and Nina Mdivani with the support of members from the Ukrainian Artists and Allies League (UAAL) and curator, Adrienne Kochman of the Ukrainian Institute of Modern Art (UIMA). Donations collected by UIMA will be distributed between the grassroot nonprofits Razom, Insight NGO, Fight for Right, and the Ukrainian Art Emergency Fund. Дякую (Thank you) and Слава Україні (Glory to Ukraine).

Bidding in the auction is open exclusively on Artsy and will close on Thursday, April 14th, 2022 at 12:00pm EDT.

Posted 6 months ago 2 Minute(s) to read