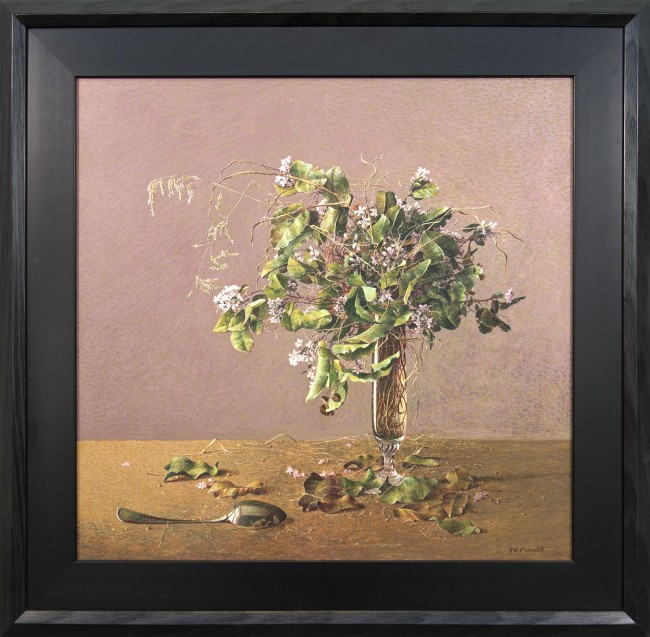 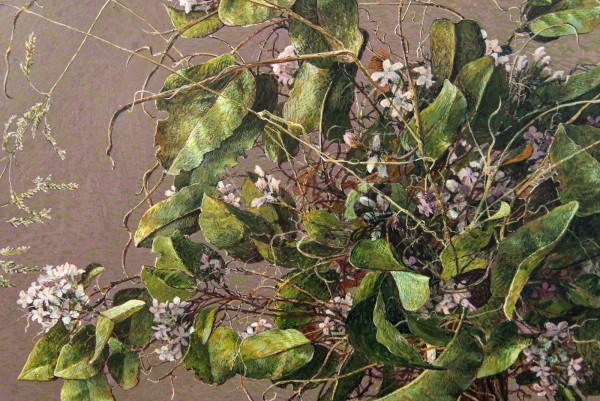 For eight decades, Nova Scotia’s beloved Tom Forrestall has been creating realistic and imaginative paintings. He is considered a master of ‘magic realism,’ a term used to describe the post WW2 work of several East Coast artists.

This still life—a pretty bouquet of delicate white wildflowers in a slender glass vase sits on a table, a few spent leaves scattered against a backdrop of mauves and green.

Look carefully and you’ll see a small spoon in the foreground that has a tiny image of the artist painting—classic Forrestall. 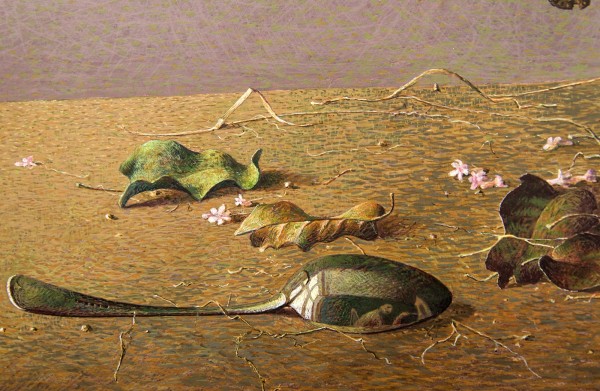 Like many of his earlier works, April’s Wildflowers is painted using tempera—a fast-drying medium that is mixed with egg yolk and is very long lasting.

“Imagination is greater than knowledge…..a great quote from someone and it so applies in creating art. If you don’t know the thing too well, there’s room for imagination and poetry in paint to take over and carry the whole thing off. Too much knowledge would stifle the art. Tom Forrestall 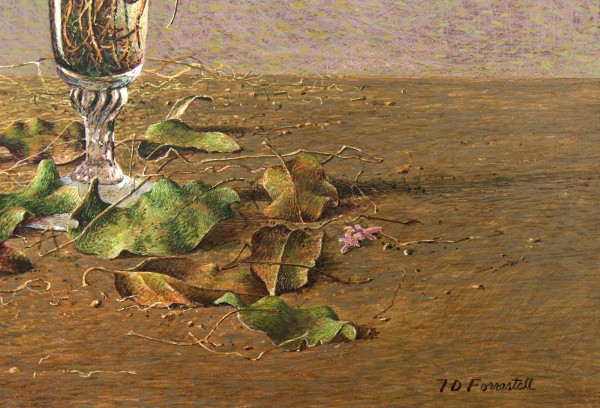 Born in 1936, Forrestall used to draw with his father as a child in the idyllic Annapolis Valley in Nova Scotia. In his teens he attended art classes at the Nova Scotia College of Art in Halifax. He was later awarded a scholarship to the Fine Arts department at Mount Allison University, where he studied with Lawren P. Harris and Alex Colville. His work has appeared in numerous solo exhibitions world-wide and is featured in several historic books on art in Canada. Tom Forrestall still paints every day.

We’re here everyday to speak with you online or on the phone. 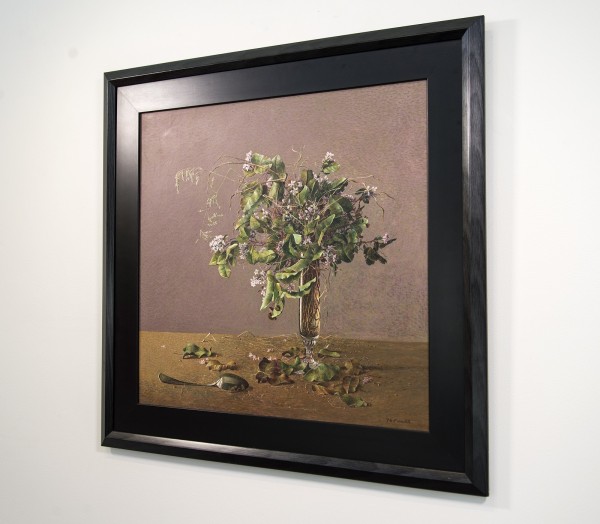 Posted 4 months ago by Katy McIntyre