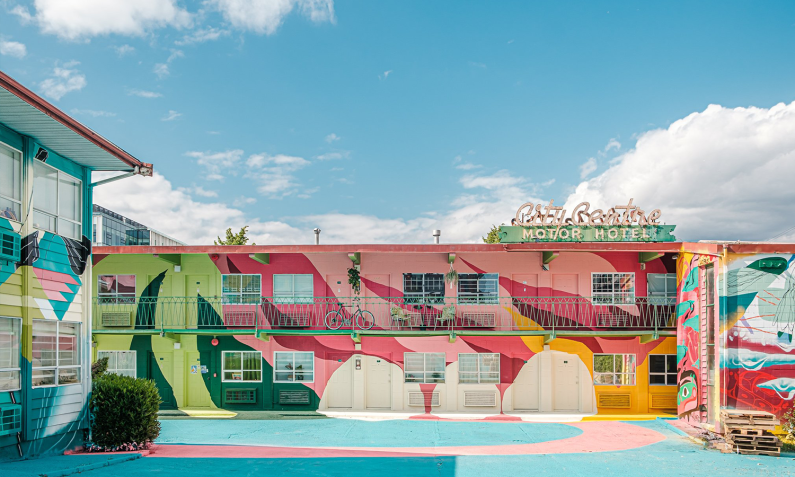 Fiona Ackerman, who has had a longstanding representation with Oeno Gallery since 2010 has recently collaborated with Vancouver-based talent, KC Hall and Joon Lee to complete an immense 30,000-square-foot mural, VMF’s largest mural-to-date!

Fiona has created large-scale public murals in Vancouver including several for the Vancouver Mural Festival and exhibits her work internationally. She has participated in seven exhibitions at Oeno Gallery including her solo exhibition, ‘Botanical’ (November 2019), a series of paintings that re-imagined nature. The VMF mural marks Fiona’s fifth mural project and her first collaborative painting project. 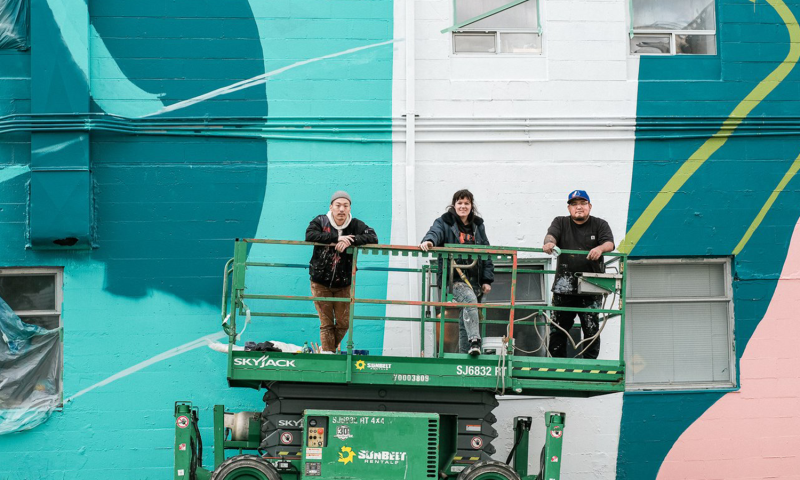 Vancouver’s City Centre is a former motel that has been transformed into a dynamic space for creation and community. It has been home to over 300 murals and its motel rooms have been converted to low-cost art studios for over 75 artists. The design, a full-wrap mural titled ‘Between Two Islands’ fuses each artist’s style and draws inspiration from the iconic motel’s existing architecture, while amplifying and distorting it through creative experimentation. The City Centre and its colour-coated parking lot has now been transformed into a visually captivating space for visitors to experience with a sense of wonder and curiosity.

“VMF seeks to create meaningful experiences that connect art and people, in order to build a society that deeply values art and culture. The City Centre project creates an immersive cultural hub, layered with interactions between art, people and place that nurtures a shared sense of belonging connected to Vancouver's diverse creative communities.” 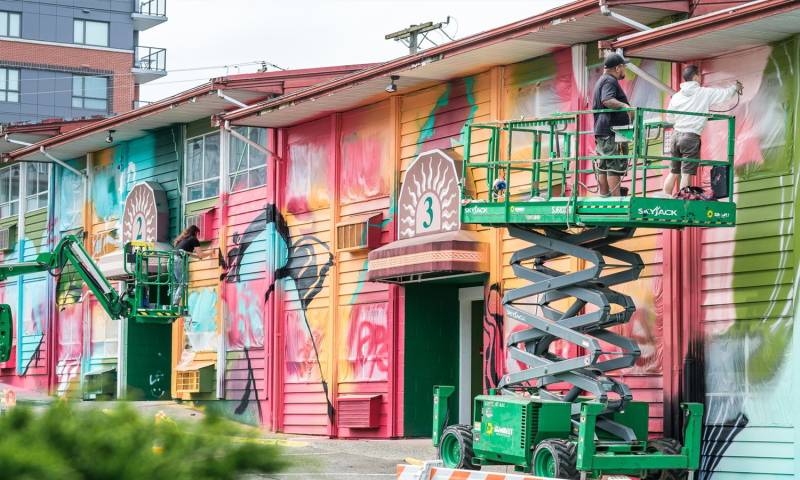