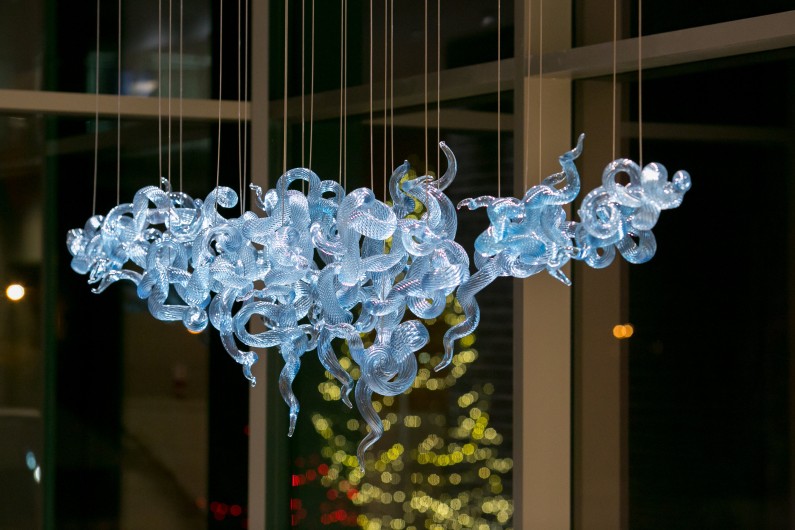 Earlier in 2017, Toronto’s historic Granite Club commissioned John Paul Robinson to create a sculpture for their recently completed Shiftingravity wing. The glassed in stairwell of this wing opened in 2014 was designed to house an artwork. Visible from the front of the Bayview Ave. club, this brilliantly lit space is now complete with the installation of Robinson’s hanging glass work titled Gravity. The artist commented on the inspiration for this work:

The acquisition of Gravity, described by the club as a “jewel in the crown” of their new wing, was timed to celebrate Canada’s 150th year. An opening celebration was held on Nov. 17.

Robinson is a Fellow of The Creative Glass Center of America, recipient of the Joan Chalmers Glass Award and has twice received the Best Glass Award at the Toronto Outdoor Art Exhibition. Robinson has had solo exhibitions in Montreal, Toronto, Palm Beach, Quebec City and Chicago. His works are in corporate, private and public collections including the Canadian Museum of History, the Canadian Clay and Glass Gallery in Waterloo, the Museum of American Glass, New Jersey, and the Musée des beaux-arts de Montréal.

John Paul Robinson is represented by the Oeno Gallery.