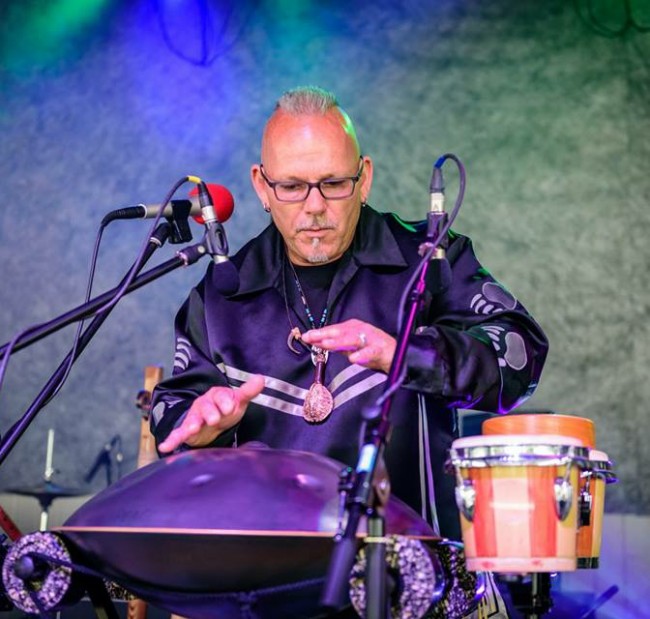 Saturday April 23 at 7:30pm, you are invited to join us for a unique musical experience with acclaimed musician David Maracle. Only 60 tickets are available for this intimate event. Tickets are $50.

A talented singer, song writer and musician, Maracle has performed with his rare collection of indigenous instruments in sold out concerts in Belleville, Brampton, Peterborough, Hamilton, Tyendinaga, Toronto, Ottawa, Winnipeg and Sydney, Australia.   He is embarking on a Europe and Asia tour in 2016. He has been invited to play with bands and performers such as Lee Harvey Osmond, Jana Nation, Lucie Idlout, Tamara  Podemski, Digging Roots, Andrea Menard, Cheri Maracle, Derek Miller and Waleed Kush.  He has won many awards for his music including the Aboriginal People's Choice Award for Best Instrumental Album in 2007. His album, "Spirit Flutes", went gold.

David is a member of the Mohawk and Turtle clans, and makes his home in Tyendinaga, adjacent to Prince Edward County. The instruments he will be playing have been collected from all around the world.

Reserve your tickets by emailing info@oenogallery.com and put concert in the subject line. Or call 613-393-2216.
David Maracle and friends will also be performing in Oeno's Sculpture Garden at Huff Estates on July 16. Watch our website for details.

Posted 11 months ago by Dana Charles