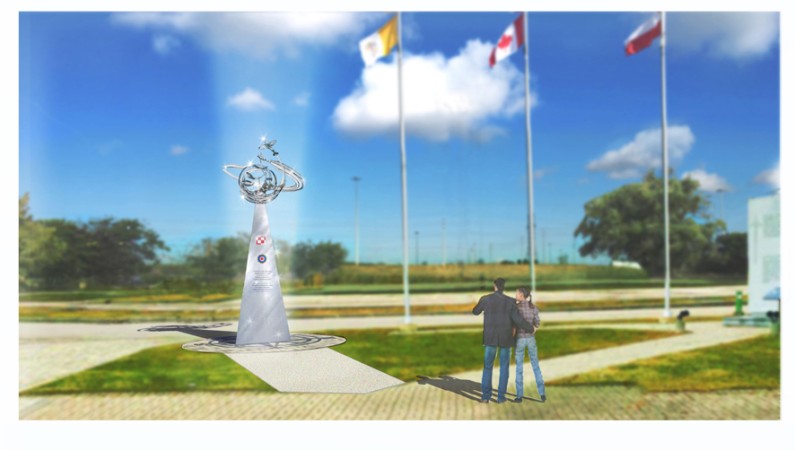 A new sculpture called “Spiral of Victory” will be installed as a monument honouring Polish Second World War veterans. The unveiling will take place in Mississauga this Sunday, November 28th, 2021 at 12:30 pm.

The monument was designed by Polish Canadian artists Ania and Wojtek Biczysko and is composed of two main parts: The Obelisk, which is a slender pyramid on a triangular base, with inscriptions and symbols on all three sides, and the dynamic, upper composition which includes sculptures of three aircrafts symbolizing “battle in the air”. 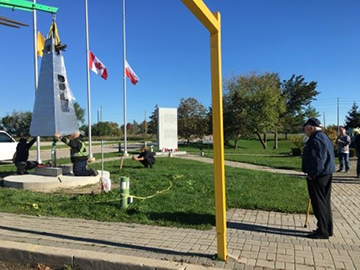 The “Spiral of Victory” monument idea came from a group of Polish Second World War veterans: Bolesław Fujarczuk radio-operator in the legendary Squadron 303, Jan Gasztold the last president of the Association of Polish Airmen – Warsaw Wing and Marceli Ostrowski pilot and deck gunner in one of the bombing squadrons. As 97 years old Boleslaw Fujarczuk says, this monument is important to preserve the history for future generations. “I simply hope that Polish history will not be forgotten” – he added.

Between 1940-1946 over 6,167 pilots and air crew, 10,799 ground personnel and 1,313 Women’s Auxiliary Air Force served in the Polish Air Force in Great Britain. According to the Royal Air Force Museum in London website: “During the Second World War, the Royal Air Force welcomed into its ranks thousands of exiles from German-occupied Poland. Polish personnel served in all RAF commands and in all theatres and earned a reputation for exceptional courage and devotion to duty”.

The project was sponsored by Institute of National Remembrance in Poland, Veterans Affair Canada, Polish-Canadian organizations, and individual sponsors. The assembly of the monument was possible with the help of Mississauga based aerospace company Cyclone Mfg.

The monument will recognize the brave men and women serving in the Polish Air Force alongside the RAF during the Second World War. The Maximilian Kolbe Foundation in Mississauga along with veterans and committee members will unveil the new monument at 12:30 p.m., on Sunday, November 28th, 2021, at the John Paul II Polish Cultural Centre in Mississauga.

Read more about the Spiral of Victory

Posted 10 months ago 2 Minute(s) to read