In 1969, PM Pierre Elliot Trudeau observed in his address to the Press Club in Washington, DC, that living next to the United States:

"…is like sleeping with an elephant; as gentle and placid as the beast is, one is affected by every twitch and grunt."

And this seemingly uncomfortable position for Canada especially where trade deals are involved, it is no less true today. Having campaigned on a promise to renegotiate or scrap the North American Free Trade Agreement (NAFTA), President Trump is giving Canada’s Foreign Minister Chrystia Freeland a run for the money.

In the face of Trump’s remark that a deal with Canada would be “totally on our terms” (Toronto Star, Aug. 30, 2018) Freeland has remained optimistic, “We know that a win-win-win agreement is within reach.” (MacLean’s Aug. 31/18). The 25 year old agreement accounts for more than $1 trillion (US) in cross border merchandise trade.

In commemoration of this historic relationship and challenging moment, Canadian sculptor P. Roch Smith has created his own version of NAFTA: at either end of a steel teeter-totter, a bronze elephant on a plinth faces off against a bronze mouse. And the mouse is winning.

Lettering on the elephant’s perch spells out: RIFTS, WALLS, CRSM – the last is a cryptic message from the artist.

NAFTA is in an edition of nine with one now gifted to the Honourable Minister Freeland. The sculpture is on its way to Ottawa with best wishes for a successful negotiation. 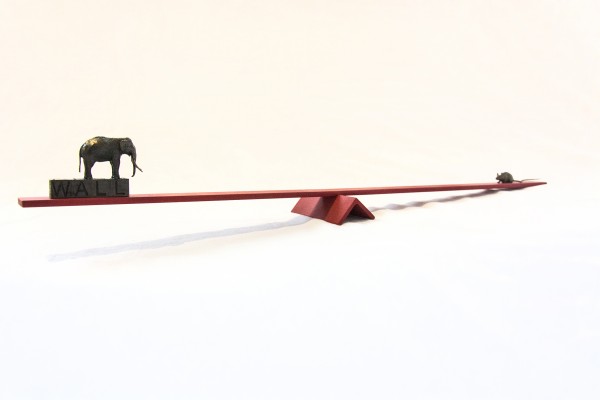 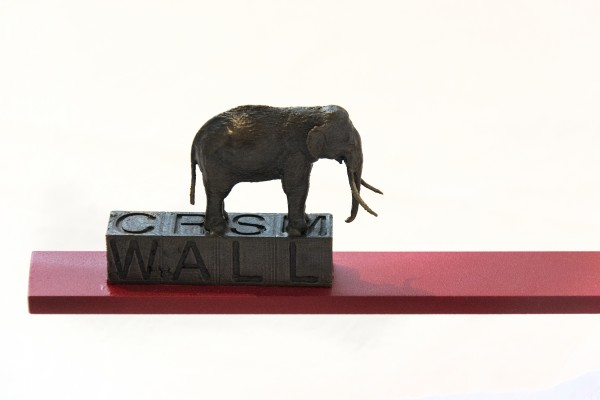 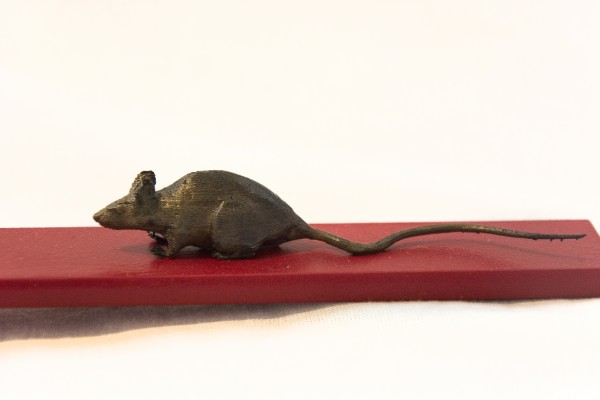