Chung-Im Kim was born in Seoul, Korea and received her MFA from Seoul Women's University in 1984. She began her career working in the textile industry as a surface pattern designer while also teaching and running a studio in Seoul before moving to Canada in 1990.

Kim was resident in the Textile Studio at Harbourfront Centre, Toronto, and a freelance designer before becoming an associate professor in the Fibre Dept at OCAD University in Toronto. Kim has maintained an active studio practice with exhibitions at Museum of Fine Arts in Boston, the Bogojae Gallery in Seoul, Korea, and the David Kaye Gallery in Toronto. Her work is held in private and corporate collections. 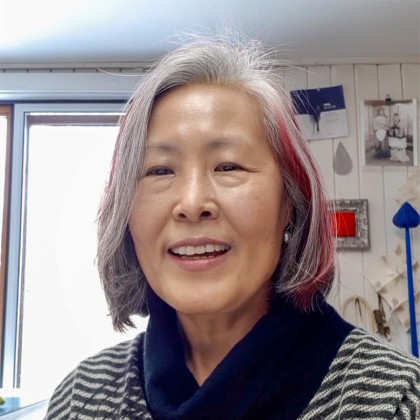