Dorothy Knowles is without a doubt one of Canada’s most extraordinary landscape artist. Born in 1927, the Saskatoon native studied at the University of Saskatchewan. The turning point of her career was when she started to attend and became heavily involved with the famous Emma Lake workshops in the 1950’s, along with her husband and fellow artist, William Perehudoff. In the early 60’s, these workshops led Knowles to meet famed art critic Clement Greenberg, who encouraged her to paint nature and landscapes, rather than to pursue abstract painting. Her major influences consist of the Post-painterly Abstraction of the 1960’-70s, Impressionism, and English water color traditions. While her paintings are primarily representational, Knowles’ work has an aspect of abstraction that is often overlooked due to the nature of her work, and the subtlety by which she expresses her influences. Her signature style consists of big airy skies, sometimes full of clouds, and grasslands in the foreground, showcasing the intimate details of the prairies of the West of Canada. Her unique approach to art wasn’t just a matter of thinned down paint, the diluted acrylic for the early years, and oil paint subsequently, interacted with a network of charcoal drawings. Her paintings resemble watercolours in a superficial sense. Her charcoal drawings not only arrange the elements of landscape in space, but also create a web-like network that holds the picture surface together.

Throughout her career, she has exhibited in established galleries and museums (e.g. the Art Gallery of Ontario in Toronto) and several touring exhibitions to regional museums across Canada. She is currently having an exhibition at the Remai Modern Art Museum in Saskatoon, SK, from the 31st of August to the 20th of January, 2019.

The list of major corporate and public collections that hold her works is just as extensive, including the National Gallery of Canada, Art Gallery of Ontario in Toronto, Musée d’art contemporain of Montreal, Mendel Art Gallery, Edmonton Art Gallery, the Boston Museum, etc. She has also amassed a variety of honors and awards, including being selected for a Canada Postage Stamps in 1987, being made a member of the Order of Canada in 2004, and receiving the Centennial Medal of Saskatchewan just a year later. As the former director of the Edmonton and Mendel Art Gallery, Terry Fenton, said; “she had grown in a stature as one of the most important Canadian painters since Emily Carr.” 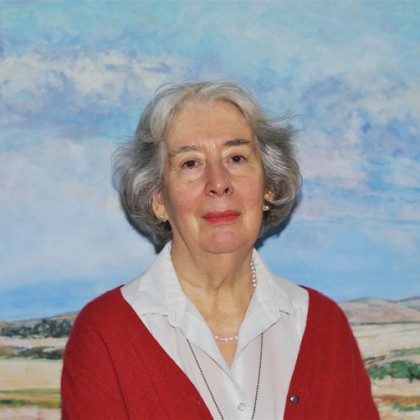