Edwin Holgate was a draftsman, portraitist, landscape and figure painter, printmaker, book illustrator, muralist, war artist, and educator. As a central figure in the development of modern art in Canada, Holgate forged his own path balancing traditional and modern stylistic approaches.

From an early age, Holgate was enrolled in classes at the Art Association of Montreal. He studied with Maurice Cullen and William Brymner for two years before moving to Paris to further his studies. Holgate returned to Montreal in 1914, travelling via Russia and Japan to Victoria, a route chosen owing to the outbreak of the First World War. He enlisted in the Fourth Canadian Division and soldiered in the ranks until 1919.

Following the first exhibition of the Group of Seven in March 1920, young independent Montreal artists, including Mabel May, Randolph Hewton, and Lilias Torrance, formed the Beaver Hall Group. Holgate was a key player in the formation of this group, but shortly afterwards he married Frances Rittenhouse, and the two moved to Paris. There he studied with Adolf Milman, a painter connected to a group of young progressive Russian émigré artists and whom Holgate acknowledged was the only instructor ever to have taught him anything.

A quiet presence in the Montreal art community, Holgate bridged the anglophone and francophone cultures. He was a member of various social and professional groups including the Canadian Group of Painters, the Royal Canadian Academy of Arts, the Casoar-Club, and the Pen and Pencil Club.

Holgate accompanied his friend A.Y. Jackson on painting expeditions, including a trip to Gitxsan territory on the Skeena River in British Columbia with the anthropologist Marius Barbeau in 1926. His work was included in several Group of Seven exhibitions and he became a member in 1929. He established a distinctive method of portraying the human figure in the landscape and was also instrumental in the revival of woodblock printing. An influential teacher at the École des beaux-arts de Montréal, Holgate taught Paul-Emile Borduas and Jean Paul Lemieux, among others.

Returning home from England in 1943 after a brief and difficult appointment as an official war artist, Holgate felt out of tune with newer developments in the local art scene. He continued his figurative work, moving to the Laurentians in 1946. He moved back to Montreal for health reasons and died there in 1977 at the age of eighty-four.  (National Gallery of Canada) 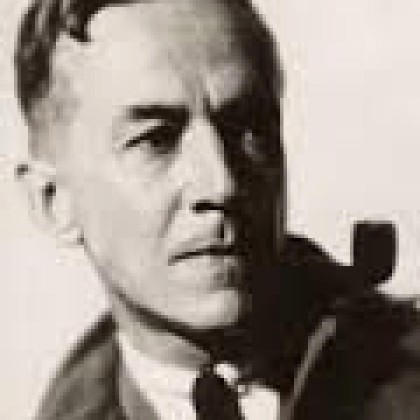