Following graduation from the Emily Carr School of Art and Design in 1985, Graham Gillmore (b. 1963) and fellow grads Douglas Coupland, Angela Grossman, Derek Root and Atilla Richard Lukacs founded the artistic group Futura Bold. Within a year of exhibiting in Vancouver, Gillmore and the other members of the group were selected by Scott Watson to exhibit in the famed Young Romantics. This exhibition at the Vancouver Art Gallery launched the careers of five of Canada’s most outstanding young artists.

In 1986, Gillmore moved to New York City where he exhibited his word-play paintings at numerous galleries including the 49th Parallel gallery and the prestigious Mary Boone Gallery. Since then, Gillmore has exhibited widely in galleries and museums across the US, Canada and Europe including the Museum of Modern Art in New York, the Tate Modern and Canada House in London, the Kitchener Waterloo Art Gallery, the South Carolina Museum and The Aldrich Museum of Contemporary Art. He has been featured in publications such as Canadian Art, W Magazine, Art News, ArtForum, L.A. Weekly, C Magazine, and the New York Times Magazine.

Gillmore's work is held in numerous private, corporate and public collections including The Ghent Museum, Belgium, the Museum of Contemporary Canadian Art, Toronto, The Vancouver Art Gallery, the University of Lethbridge, and The Museum of Modern Art in New York City. 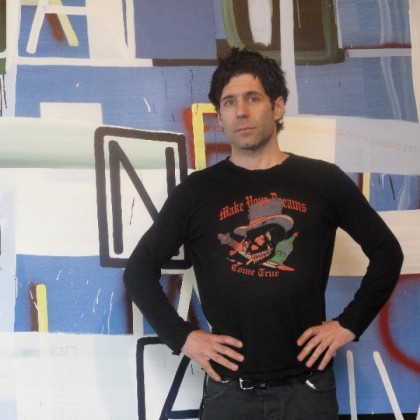