John Fox (1927-2008) attended McGill University, the École des beaux-arts de Montréal and the Montreal Museum of Fine Arts, School of Art and Design (1946-1949) where he met and was influenced by landscape painter Goodridge Roberts. He then worked for the critic-painter John Lyman in McGill’s Department of Art. In 1952, Fox received a British Council Scholarship to study at the Slade School of Art, University of London, followed by two years of independent work in Florence and Paris. Returning to Montreal, Fox began his career as a painter and teacher at the Saidye Bronfman Centre in the later 1960s and then as a professor in the Painting and Drawing Department at Concordia University in 1970 until his retirement in 1998.

Fox was a member of the Canadian Group of Painters and was also made an Associate Member of the Royal Canadian Academy but he resigned within a year because of its conservative attitudes. In the 1960s, he was awarded a mural commission for the inauguration of the Confederation Art Centre in Charlottetown. Fox was a life-long resident of Montreal and also spent a significant time in Venice, Italy starting in the mid 1970s. In Venice, the Intimism inspired paintings for which he had become known gave way to large abstract canvases. The hue, tone and personality of his numbered painting from this period were inspired by the rich colours of Venetian frescoes and Mediterranean light. 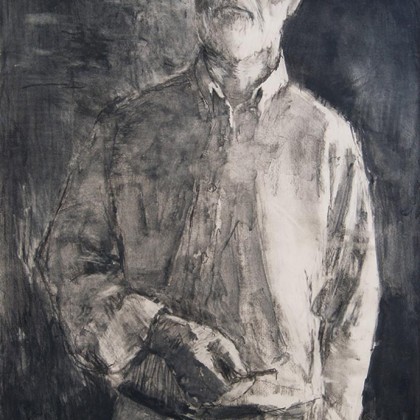