Noreen Taylor has a lifelong interest in the arts and arts education. As an exhibiting artist, she has a history of more than twenty public exhibitions, and her works are represented in a number of public and private collections.
She taught art and art history, overseeing the Claude Watson School for the Arts (at Earl Haig Collegiate Institute) as its founding Artistic Director. The death of her husband Charles demanded a change of lifestyle, and her passion for the arts was then manifest in her past positions as Chair of the McMichael Canadian Art Collection, Chair of Canadian Stage, and member of the Advisory Board of the University of Toronto Art Centre. Currently, she is a member of the Indigenous and Canadian Curatorial Committee at the Art Gallery of Ontario, a member of the board of the National Ballet of Canada, and a member of the board of the Gardiner Museum. She was the founder of the RBC Taylor Prize and chair of the board of the Charles Taylor Foundation. For her commitment to the arts, she was made a Member of the Order of Canada in 2016.
Remaining committed to the area of education, she served as Chancellor of University of Ontario Institute of Technology (later named Ontario Tech) and received from it an Honorary Doctor of Laws degree in 2021.
Health care is another major area of her concern. Following the lengthy illness of her husband, she became committed to patient care, first as a community representative for Cancer Care Ontario, then as a force behind the creation of a Palliative Care Centre at Sunnybrook Hospital, and now as Chair of St. Elizabeth Health Care (now SE Health), Canada's largest not-for-profit home care company. She received the Queen’s Diamond Jubilee Medal in 2012 for her contribution to Canada. 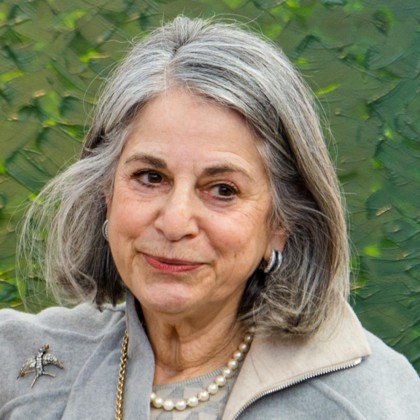