Sorel Etrog was born August 29th, 1933 in Laşi, Romania; managing to survive the Second World War, Etrog immigrated along with his family to Israel in 1950. In Israel, he studied drawing, painting, sculpture, graphic design, and theater set design at the Tel Aviv Art Institute.  After several successful exhibitions and accolades, Etrog moved to Toronto in 1963, where he eventually passed away on February 26th, 2014.

While much of Etrog’s work appears abstract, it often alludes to the figure, or more specifically to the human form. The theme which encompasses Etrog’s practice is the integrity of the human body in an industrialized world, and thus his sculptures typically consist of elaborately interlocking parts that resemble the elements of a machine.

For more than half a century, Sorel Etrog was one of Canada’s most renowned contemporary sculptors. A Member of the Order of Canada and a Chevalier dans L’Ordre des Arts et des Lettres in France, Etrog’s work is included in museum collections around the world, including the Art Gallery of Ontario, the National Gallery of Canada, the Museum of Modern Art, New York, the Solomon R. Guggenheim Museum, New York, the Hirschorn Museum, Washington, DC, and the Tate Gallery, London. Etrog also received numerous major public commissions, including Expo 67, Montréal; SunLife Centre, Toronto; Windsor Sculpture Garden, Windsor, Ontario; Los Angeles County Museum; and Olympic Park in Seoul Korea. 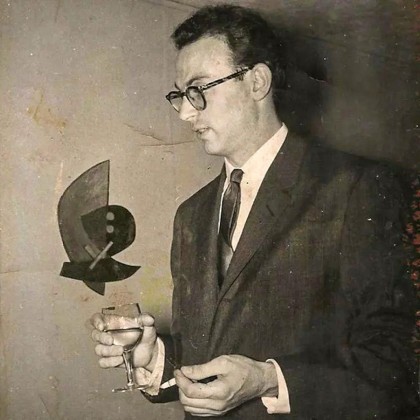