Tim Forbes is a multi-disciplined artist whose international studio practice is based in Nova Scotia on the Ancestral Territory of the Mi’kmaq Nation.

Among other youthful adventures, including dropping out of high school and briefly attending NSCAD (the Nova Scotia College of Art and Design) at age 24, the self-taught graphic artist opened an innovative design studio in Halifax. Soon after he shifted his horizons to Toronto. There, as an art director and designer, Forbes’s award-winning creative portfolio of more than 40 years attracted a prestigious clientele.

In 2006, in tandem with his design practice, Forbes began exploring sculpture at his annex studio in a repurposed rural Ontario schoolhouse. Editioned bronze works were followed shortly after by large-scale pieces in fiberglass and other materials. By 2010 his work was showcased at ArtToronto and at the prestigious Architectural Digest Home Design Show in NYC. In 2016 Forbes appeared as one of the Coda Awards Top 100 international artists.

In 2018, a focus on painting emerged with the opening of a dedicated painting studio in Toronto. A prolific and provocative artist, today his neo-minimalist works on canvas explore the nature of symbolism through strategic form, pattern recognition and repetition. His work is featured in solo and group exhibitions at galleries in Canada and the U.S.

In the summer of 2019, Tim Forbes circled back to his roots on Canada’s East Coast to resettle his studios on the Atlantic. 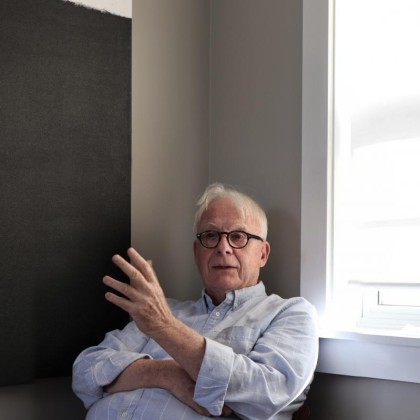