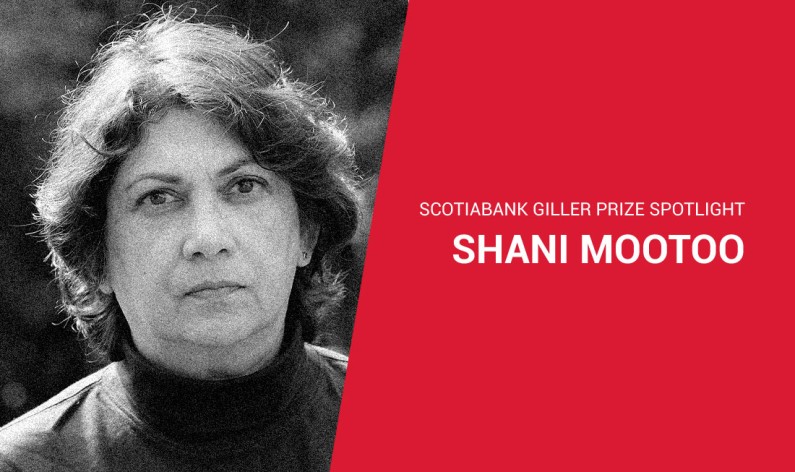 Shani Mooto’s fourth novel, Polar Vortex, has been shortlisted for the 2020 Scotiabank Giller Prize. Mootoo has debuted at Oeno Gallery with a collection of photographic memoirs in Portraits of Re-semblance.

The Giller Prize shortlist that celebrates five Canadian fiction writers was announced October 5, 2020. The award event will be broadcast commercial free on CBC on Monday November 9th at 9 pm EST. it will be hosted by Canadian actor Eric McCormack with each of the five nominees broadcasted from separate locations.

Oeno Gallery is proud to announce that multidisciplinary artist Shani Mootoo has had her fifth novel, Polar Vortex, shortlisted for this year’s Scotiabank Giller Prize. Mootoo’s stunning exhibition of photographs, Portraits of Re-Semblance, is on exhibition at Oeno gallery now until November 10. When the Scotiabank Giller Prize couldn’t hold its gala in its usual format, they decided to broadcast live from different locations with the short-listed authors. It quickly became obvious that Oeno Gallery – with her exhibition as a backdrop – was an elegant broadcast location for Mootoo’s portion. The ceremony will be broadcast commercial free on CBC on Monday November 9th at 9 pm .

Madeleine Thien describes Polar Vortex as an “intimate new novel that suspends us in the vortex between acts of betrayal and acts of love. It is a powerfully unsettling work from a brilliant artist.” A meditation on the complexities of identity and desire, the novel is set in Prince Edward County.

“When we started planning this exhibition we were focussed more on the powerful narrative qualities of the photographs, “ says Carlyn Moulton, curator of Oeno Gallery. “Then when Polar Vortex made the short list, the coincidence of timing seemed uncanny. We are really honoured to be a part of the Giller awards ceremony and to share this with Shani. Finger’s crossed that our county internet speed is up to it! That’s what is keeping me awake at night.”

Author, filmmaker, painter and photographer, Shani Mootoo earned a BFA from the University of Western Ontario, and an MA in English from the University of Guelph. Her first novel was longlisted for the Booker Man Prize. Mootoo's paintings have been exhibited in solo and group exhibitions locally and internationally, most notably at the Vancouver Art Gallery, the Queen’s Museum in NYC, the Contemporary Arts Museum in Houston, and at the Venice Biennale.

Her videos include “English Lesson”, “Wild Woman in The Woods” and “Her Sweetness Lingers,” and have been screened in film and video festivals and art exhibitions locally and internationally, including at the Museum of Modern Art in NYC.

Shani Mootoo was born in Ireland and raised in Trinidad. For the past several years, she has resided in Prince Edward County.

You are invited to come by the gallery to see this stunning new exhibition, and to tune into CBC on November 9 at 9:00pm to watch the Scotiabank Giller Gala.  You may also join Shani Mootoo on line for a talk about her artistic practice on October 19, at 12:00 o’clock. Email info@oenogallery.com to receive the link.