Born south of Paulatuk, Northwest Territories and east of the Mackenzie River Delta, Ruben has become a significant force among Inuit sculptors. Ruben studied at the Native Arts Centre at the University of Alaska and began exhibiting his artworks in Toronto with Jack Pollock in the 1970s. In his work, Ruben explores and restores the myths and stories and legends of the Inuit and other ancient Northern cultures including the Viking Norse.

“I have always tried to learn from others, either Inuit or other elderly people who can pass on their knowledge of what life is about. I try to put that into my sculpture.”

Ruben’s work has caught the attention of art dealers and collectors across Canada. His work is held in private, corporate and public collections including the Art Gallery of Ontario, the Royal Ontario Museum, the McMichael Canadian Art Collection, and the Canadian Museum of Civilization. 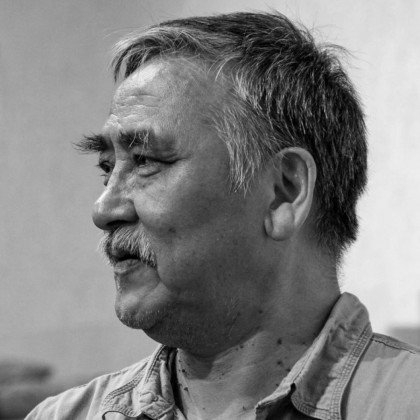