Fraser Radford was born in 1987 in Brockville, Ontario. He holds an Honours Bachelor of Arts in Art History, with a minor in Religious Studies (graduated in 2009) from Queen's University in Kingston, Ontario, Canada, a Fine Arts diploma from St. Lawrence College in Brockville, Ontario (2014), and a post-graduate certificate in Studio Process Advancement from the Haliburton School of the Arts (2014). He has held numerous volunteer and paid positions at galleries and museums in Kingston, Toronto and Brockville. He has apprenticed with Shayne Dark, one of Canada's prominent sculptors based out of Kingston, Ontario.

His work is represented by numerous galleries across Ontario. His work is held in numerous private collections in Canada, the U.S., the U.K., Australia, and New Zealand, and has been exhibited across North America. His work has also been published in several magazines in Canada, and the U.S, as well as The Peace Project, a catalogue produced by Gallery 9 in Culver City, California in 2010. 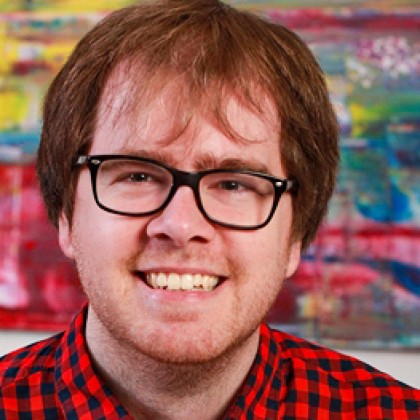