Abstract artist Andrew Lui's ethereal work is rooted in history; that of his own in China and the world around him. Influenced by both the fluid lines and vivid colours of the French impressionist, Matisse and early Western abstract artists such as Kandinsky, Lui spent decades exploring both the agony and ecstasy of life through his paintings.

Originally from Canton, China, Andrew Lui (1951-2021) moved to Canada in 1972. His work integrates formal lessons learned from early Western abstract painting with his own personal and social lived experience. An artist, an intellectual, an art dealer, a master calligrapher, an architect, a poet, a businessman, a philosopher, he embraced his liminal position and fused both cultures in his art, as well as in his life. 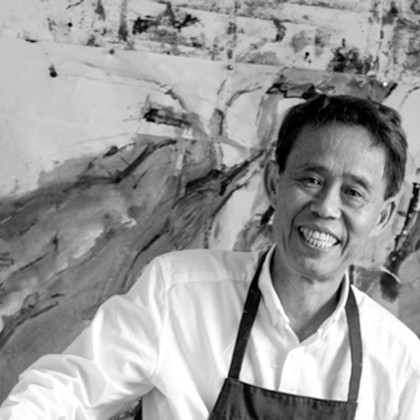