Like 20th century European painter Wassily Kandinsky, renowned for his experiments with synesthesia of color and music, Burton Kramer (b. 1932, ON) explores the language of visual forms and sound. The artist trained at Yale University (MFA), The Institute of Design at the Illinois Institute of Technology (BSc), The Royal College of Art, London (Fulbright Scholar) and The State University of New York. Kramer is one of Canada's most influential graphic designers. He designed the Canadian Broadcasting Corporation logo in 1974. Kramer has received a Lifetime Achievement Award from Arts Ontario, The Order of Ontario by the Province, an Honorary Doctorate from Ontario College of Art & Design and named Member of the Order of Canada. His work is in many private and public collections including the Royal Ontario Museum. 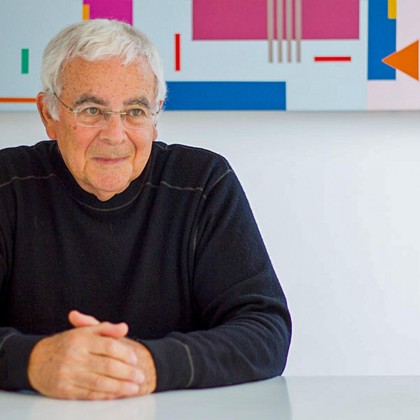