Born in 1974 in Kyiv, Ukraine.  He lived and studied in Israel. Yuzefovich attended the Bezalel, Academy of Art and Design in Jerusalem, Israel where he received a BFA in 2000 and an MFA in 2005. He moved to Canada with his family in 2015. All of Dmitry's work is a representation of memory. It often imagines the environment in which he lived in the past or tries to capture the memory of life in it. Dmitry creates visualizations of spaces and objects in which they combine to form a puzzle of personal and universal memories. In his oil paintings, a language is created based on the connection between memory fragments and the possibility of their implementation in the present.  Yuzefovich has exhibited in solo and group exhibitions. His paintings have been collected in Israel, Canada, the US, England, and Europe. 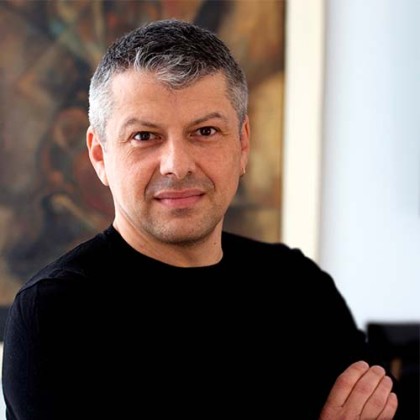