Richard James Rivet was born in the remote area of Aklavik in the Northwest Territories of Canada in 1949, though he has recently moved to Belleville, ON. His early years were spent growing up in the delta in a Metis family which made their living by trapping, hunting and fishing. Of Metis background, Rivet's Indigenous roots, and his experience in growing up in Canada's North, have been important factors in his development as an artist. Since 1989, Rivet has worked fulltime on his artwork, mainly concentrating in acrylic painting, mixed media and collage on canvas, with some drawing.

Influences in his artwork are varied and derive from Shamanistic imagery of ancient peoples the world over (North American Indian, Inuit, Australian Aborigine, Norse, Oceanic, Siberian). Equally influential are Western and contemporary influences from various artists and art movements (such as: Edvard Munch, German Expressionism, Abstract Expressionism, Antoni Tapies, and Paterson Ewen, to name a few). His work involves combining and re-interpreting the iconography of various Indigenous peoples in a contemporary perspective. Earlier works challenged the history and mentality of colonialism while later works explore the journey of the human spirit. Rivet’s approach is introspective, involving the existential nature of being - the spiritual, the psychic and the physical aspects of human experience.

Rivet has four degrees from three universities. In addition to receiving a Master's degree in Fine Arts from the University of Saskatchewan, Rick has been the recipient of over twenty awards, scholarships and bursaries, including a Fellowship from the Eiteljorg Museum in Indianapolis, and the Andy Warhol Foundation Fellowship Residency Program for the Heard Museum in Phoenix Arizona. His art is exhibited nationally and internationally. 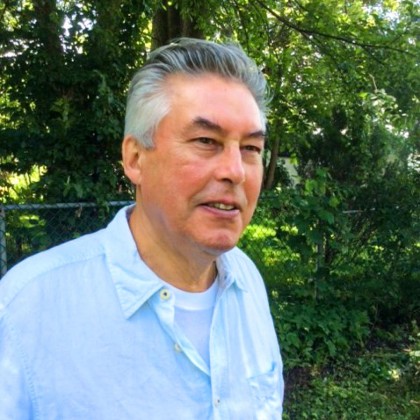