The photo-based work of Ryan Van Der Hout (b. Toronto, 1987) has been exhibited in the U.K., New York, and in Canada most notably as part of the AGO’s Collector’s series and in a 2018 solo show at the Robert McLaughlin Gallery, Oshawa. His work has been supported by the Ontario Arts Council. Van Der Hout is a graduate of Ryerson's photography program. His work has been published in The Huffington Post, CBC online, and Readers Digest. In 2017, he won the Emerging Photographer Award from the Robert McLaughlin Gallery, for his laser cut pigment print with gold leaf, Before the Storm. Van Der Hout’s new cubist-inspired faceted works push the boundaries of photography. 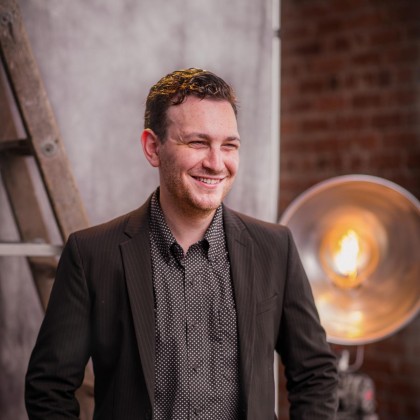