Julia Reimer first studied glass blowing at the Alberta College of Art and Design (1996-99). She has since exhibited across Canada and internationally in Australia, South Korea, Scotland and the US. For her elegant sensibility, Reimer received the inaugural National Award for Glass from the RBC and Canadian Clay and Glass Gallery in 2008. She has received grants and scholarships from the Canada Council and the Alberta Foundation for the Arts and was artist in residence at the University of South Australia, Northlands in Scotland and in New York at the corning Museum of Glass -- to name just two. Reimer’s Gossamer series was exhibited at the Canadian Clay and Glass Gallery and the Alberta Craft Council in 2017. 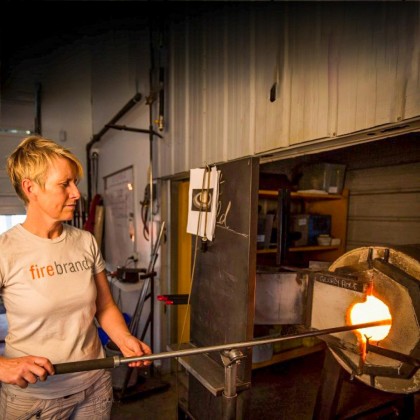